Insulation as a means of ensuring quality of life 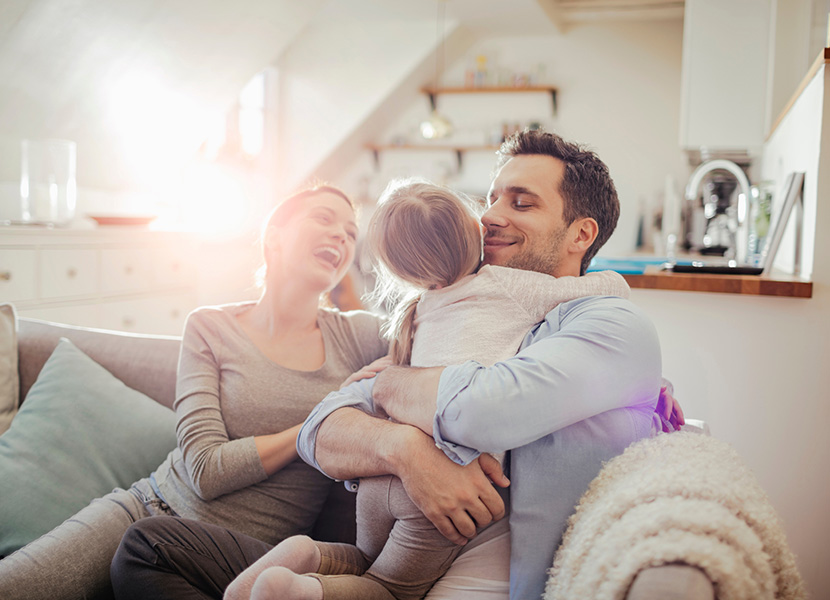 The world’s population was 7.6 billion in 2017 and is expected to reach 8.6 billion by 2030. It is clear that there are many issues related to quality of life. Yet one of the major challenges of our time, posing a threat to the health of people and the planet, lies in the fight against climate change or our adaptation to it.

Read this blog article to better understand the root causes of climate change adaptation measures and see why insulation is one of the solutions to achieve it.

According to Intergovernmental Panel on Climate Change (IPCC), climate change refers to a change in the average state of the climate and/or the variability of its properties, and which persists for an extended period, typically decades or longer. Although they have been seriously considered since the United Nations Framework Convention on Climate Change in 1992, their physical and ecological impacts threatening our way of life and the future of our planet are becoming more evident.

The Impacts of Climate Change

Whether their effects are already visible or projected into the future, climate change is increasingly putting pressure on the building sector. In addition to melting permafrost in northern areas and shoreline erosion in coastal areas, the risks of extreme cold, heat waves and heavy precipitation are some serious examples of impacts. Other phenomena such as increased water content in the snow, urban heat islands, floods, freeze-thaw cycles, heat waves, landslides, droughts, microbursts and post-tropical storms will intensify and occur more frequently over time. All of these phenomena put pressure on every infrastructure, including buildings (Natural Resources Canada, 2016).

To draw a parallel with the sustenance logic of the pre-1950s when builders had to overcome the climatic hazards of winter, the effects of nature seem to be of increasing concern to society. For example, in 2017, the Ministère de la Santé et des Services Sociaux du Québec (MSSS) published a large-scope report describing more than 13 climatic hazards that could affect its housing stock as well as their occupants. The book discusses the need for mechanisms to prevent the consequences of climate change. In addition to representing risks for the durability of materials, these hazards increase the probability of major damage, which can compromise the health and safety of the population (MSSS, 2017).

The Case of Heat Waves and Floods

As they are hot topics, let’s take heat waves and floods as examples to better expose the seriousness of the repercussions.

According to Dr. Pierre Gosselin, Health Program Coordinator at Ouranos (a consortium on regional climatology and adaptation to climate change) climate change will upset the climate of Québec, which means that for an urban centre like Montréal, the number of heat-wave days could triple over the next 30 years (Pilon-Larose, 2018). Meteorological data tend to confirm this trend. The increase in air temperature is already occurring (Natural Resources Canada, 2016). Nevertheless, due to the natural variability of the climate, heat waves may not occur every year or have the same intensity. For example, Québec authorities have identified more than 90 deaths potentially attributable to the heat wave from June to July 2018. The last similar episode occurred in the summer of 2010 with more than 106 deaths (Bélice, 2018).

Floods are the most common natural disaster in Canada (Public Safety Canada, 2018). Although their causes are many and varied, scientific reports show that the likelihood of their consequences is also on the rise. The significant rainfall increase in most of Canada is already being observed today (Natural Resources Canada, 2016). As an overview, the floods that occurred in Québec in the spring of 2017 affected 291 municipalities across 15 administrative regions (Ministère de la Sécurité publique [MSP], 2017).

In most cases, the negative effects of these phenomena can significantly impact the health and comfort of the population.

Mitigating some effects through insulation

As was noted earlier, buildings, including their occupants, will be increasingly exposed to extreme heat and cold waves. However, a poorly insulated building is more vulnerable to the effects of these climate variations. Keeping cool in summer and warm in winter is a passive strategy that helps to ensure better thermal control inside a building. In fact, this not only ensures the thermal comfort of the occupants, it also reduces the energy consumption needed for air conditioning and heating (INSPQ, 2016).

Moisture problems due to poor waterproofing can expose occupants to other aggravating factors such as those associated with poor air quality and thermal discomfort. From a public health perspective, starting with a more efficient building envelope becomes an effective way to enhance the physical barrier, limiting the occupant’s exposure to physical stresses and external contaminants. A building envelope with good sealing and waterproofing can limit the potential for water infiltration, as well as the growth of microbial agents associated with excessive humidity, such as molds (INSPQ, 2016).

Ultimately, insulation and sealing techniques are a simple and effective passive solution to prepare the building envelope for climate change. Nevertheless, regular maintenance of the building, including its envelope materials, is essential in order to control the risks related to constant or extreme weather events.